Elizabeth Hogue is a home care attorney who kindly interprets the impact of various legislations on home health and home care.  We've featured her work before such as in our posting ACO's - Final Regulation​s Issued: Home Care Coordination Needed.  In today's post, reproduced with her permission, she has summarized the impact of the recent supreme court ruling on Obamacare.

-        Can Congress enact a requirement that individuals must purchase health insurance or pay a penalty, the so-called individual mandate?

With regard to the first issue, the Court concluded that the individual mandate is not a valid exercise of Congress’ power under the Commerce Clause or the Necessary and Proper Clauses of the U.S. Constitution.  The Court said that the Constitution grants Congress the power to “regulate Commerce.”  The power to regulate commerce presupposes the existence of commercial activity to be regulated.   The individual mandate, however, does not regulate existing commercial activity.  Instead, it compels individuals to become active in commerce by purchasing a product on the ground that their failure to do so affects interstate commerce.  The Court did conclude, however, that the power given to Congress to “lay and collect Taxes” does support the individual mandate, which imposes a tax on individuals who do not purchase health insurance.

With regard to whether the federal government may require the States to expand their Medicaid Programs, the Court concluded that it cannot do so for the following reasons.  The Spending Clause of the U.S. Constitution grants Congress the power “to pay the Debts and provide for the…general Welfare of the United States.”  The Court recognizes that Congress may use this power to establish cooperative state-federal programs, such as the Medicaid Program.  The legitimacy of such programs depends, however, on whether the States voluntarily and knowingly accept the terms of such programs; Congress cannot require the States to participate.  When Congress threatens to terminate other grants as a means of pressuring the States to accept such programs, therefore, it runs counter to the Nation’s system of federalism.

The Secretary of the U.S. Department of Health and Human Services (HHS) may penalize States that choose not to participate in expansion of the Medicaid Program under the Affordable Care Act (ACA) by taking away their existing Medicaid funding.  According to the Court, the threatened loss of over 10% of States’ overall budgets is “economic dragooning” that leaves the States with no real option but to acquiesce in the expansion of the Medicaid Program.

The Court acknowledged that the government claims that the expansion of the Medicaid Program is just a modification of the existing program and that Congress has the right to modify existing programs.  The Court concluded, however, that the expansion “accomplishes a shift in kind, not merely degree.”  The original Medicaid Program was designed to cover medical services to particular categories of vulnerable individuals, such as children and the disabled.  Under the ACA, Medicaid is transformed into a program to meet the health care needs of the entire nonelderly population with an income below 133% of the poverty level.  The Court concluded:

A State could hardly anticipate that Congress’s reservation of the right to “alter” or “amend” the Medicaid program included the power to transform it so dramatically.  The Medicaid expansion thus violates the Constitution by threatening States with the loss of their existing Medicaid funding if they decline to comply with the expansion.

Consequently, each State now has the right to decide whether or not it will expand its 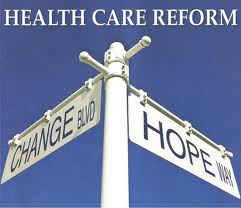 Medicaid Program consistent with the ACA.  What does this decision mean for home care providers?

Many providers, including hospitals, supported the ACA because they thought the result would be more patients, especially more patients who pay.  It is unclear whether this will still be the result, especially for post-acute providers.  With regard to the individual mandate, it remains unclear whether the individuals who currently have no insurance and purchase it as a result of the mandate will have coverage for home care services.  It also seems unclear whether or not individuals who are currently uninsured will utilize home care services.

Stay tuned as the individual mandate and expansion of the Medicaid Programs are rolled out!