Do you lead your home care organization like Simon Cowell or Chef Ramsay?

True confession, I watch reality TV...  I'm really into music and cooking and I've watched my share of shows like "American Idol" and "The Voice" on the music side, and shows like "Hell's Kitchen" on the cooking side.  Both of these shows have (or in the case of "American Idol," had in the past) judges with similar characteristics.  Both  Simon Cowell (music mogul formerly with "American Idol") and Chef Gordon Ramsay (chef and host of "Hell's Kitchen") are good looking and articulate British men who are know for raising their voice and giving harsh negative feedback for poor performances. 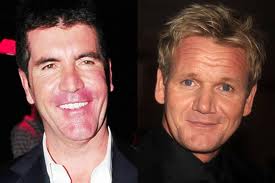 On Gordon Ramsay's shows, there are often challenges for the chefs to prepare a fantastic dish in a short amount of time, and perhaps working with something they haven't worked with before.  One recent example comes to mind in which the contestants were given a fresh salmon - the entire fish - and they had to filet it into perfect portions and then prepare their dish.  Gordon Ramsay accomplishes the task on television with ease and never breaks a sweat or lets a hair get out of place.  When he tastes a dish and it's not quite right, he can tell you precisely what ingredients were in it, where the ratios were wrong and what was wrong with the cooking technique, down to the point of identifying exactly how much more or less time the dish should have cooked.

By contrast, Simon just tells you what he didn't like.  Don't get me wrong, he's generally right in his assessment, and back in the early days of "American Idol" he was the only one of the three judges with useful criticism (the other judges were Paula Abdul, the attractive Laker-girl who had a short-lived career as a pop start in the '80s who would generally say something nice, and Randy Jackson, who played bass for the band Journey, who tended to give general feedback of only a few words).  To be fair, Simon is also a very successful man who was earning north of $50 Million a year in his prime, so there's no question that he's bright.  It's just a question for me about how he led.

How Does This Affect Your Home Care Leadership?

Not a lot of home care leaders come up through the caregiver ranks.  On the home health side, a good number of owners are nurses, but on the home care side not so much...  In any event, when you lead your organization, I'd highly recommend that you lead more like Chef Ramsay and less like Simon Cowell.  You should be willing to roll up your sleeves and lead by example.  I have a lot of respect for Chef Ramsay and if he were to criticize me, I'd know that it would be constructive and that I could learn from it.

I've found often that successful home care/ home health leaders and by extension successful agencies, exhibit this type of leadership style.  If you would like to learn more about ways to improve your Home Care business, you can download a free white paper from Ankota called:

The 7 Habits of Highly Effective Private Duty Home Care Agencies, you can download it for free by clicking the photo link below: 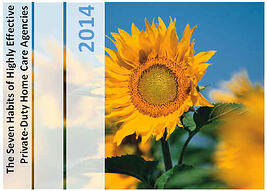 Ankota provides software to improve the delivery of care outside the hospital, focusing on efficiency and care coordination. Ankota's primary focus is on Care Transitions for Reeadmisison avoidance and on management of Private Duty non-medical home care. To learn more, please visit www.ankota.com or contact Ankota.