Kaiser Shares That 2,610 Hospitals Will Be Penalized $428MM for Readmissions

Kaiser Health News has graciously allowed us to republish their article disclosing CMS Readmision Penalties for 2015.  Without further adieu, here's the article:

Medicare Fines 2,610 Hospitals In Third Round Of Readmission Penalties

Medicare is fining a record number of hospitals – 2,610 – for having too many patients return within a month for additional treatments, federal records released Wednesday show. Even though the nation’s readmission rate is dropping, Medicare’s average fines will be higher, with 39 hospitals receiving the largest penalty allowed, including the nation’s oldest hospital, Pennsylvania Hospital in Philadelphia.

The federal government’s penalties, which begin their third year this month, are intended to jolt hospitals to pay attention to what happens to their patients after they 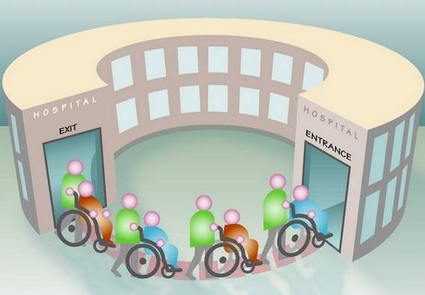 leave. Around the country, many hospitals are replacing perfunctory discharge plans—such as giving patients paper instructions—with more active efforts, such as ensuring that outside doctors monitor their recoveries and giving supplies of medication to patients who may not be able to afford them. Others are still struggling to meet the new expectations. Before the program, some hospitals resisted such efforts because they weren’t paid for the services, and, in fact, benefited financially when a patient returned.

Last year, nearly 18 percent of Medicare patients who had been hospitalized were readmitted within a month. While that is lower than past years, roughly 2 million patients return a year, costing Medicare $26 billion. Officials estimate $17 billion of that comes from potentially avoidable readmissions.

Under the new fines, three-quarters of hospitals that are subject to the Hospital Readmissions Reduction Program are being penalized. That means that from Oct. 1 through next Sept. 30, they will receive lower payments for every Medicare patient stay —  not just for those patients who are readmitted. Over the course of the year, the fines will total about $428 million, Medicare estimates.

More than 1,400 hospitals are exempted from the penalties, including certain cancer hospitals and critical access hospitals, as well as facilities dedicated to specific services such as psychiatry or rehabilitation. Maryland hospitals are also excluded because the state has a unique payment arrangement with Medicare. The fines are based on readmissions from July 2010 through June 2013.

In New Jersey, every hospital but one will lose money this year. So will a majority of hospitals in 28 other states, including California, Florida, Georgia, Illinois, Massachusetts, New York, Ohio, Pennsylvania, Tennessee and Texas, as well as the District of Columbia, according to a Kaiser Health News analysis of the penalties. 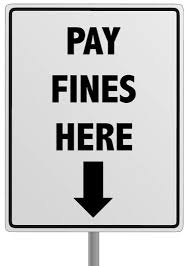 While some penalties are as small as a hundredth of a percent, hospitals with the highest readmission rates are losing 3 percent of each payment, an increase from a maximum punishment of 2 percent last year. The increase brings the top penalties to the full force authorized by the federal health law.

The 39 hospitals where payments will be lowered by 3 percent include a number of specialty surgical hospitals, small community hospitals and the Pennsylvania Hospital, a major teaching facility. The hospital, founded in 1751 by Benjamin Franklin and Dr. Thomas Bond, is part of Penn Medicine. Hospital officials did not immediately respond to a request for comment.

Another 496 hospitals will lose 1 percent or more of their Medicare payments. Those include Northwestern Memorial Hospital and Rush University Medical Center in Chicago, Beth Israel Medical Center in Manhattan, Tufts Medical Center in Boston, and a few satellite hospitals owned by well-respected systems, including the Mayo Clinic and Geisinger Health System.

Medicare levied penalties against 433 more hospitals than it did last year. The average penalty this year is 0.63 percent, up from 0.38 percent last year, according to the KHN analysis.

One reason for the higher and more widespread fines is that this year Medicare began evaluating readmissions of two new categories of patients—those initially admitted for elective knee or hip replacements, and those suffering lung ailments such as chronic bronchitis. Those patients were assessed along with the heart failure, heart attack and pneumonia patients Medicare has examined since the penalties began in October, 2012 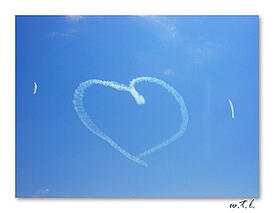 A hospital was fined if it had higher than expected readmission rates in any category. Thus, a number of specialty hospitals that focus on hip and knee replacements received fines for theq first time because readmissions of those patients are now being assessed, the KHN analysis found. Fines increased for each condition where rates were above Medicare’s expectations. “Every time they add conditions, the penalties go up,” said Nancy Foster, a quality expert at the American Hospital Association.

Dr. Stephen Jencks, a consultant who was one of the first researchers to document the nation’s high readmission rates, said he was impressed overall by how much the fines have prompted hospitals to concentrate on their patients’ health after discharge. “This really fairly modest step” of penalties has “persuaded a lot of hospitals to talk in ways they simply were not talking 10 years ago,” he said.

Dr. Don Goldmann, chief medical and science officer at the Institute for Healthcare Improvement, a Massachusetts nonprofit, cautioned against attributing the drop in readmissions only to the penalties, since the government also has other, less punitive programs underway. “There’s so much at play,” Goldmann said. “I’d be careful about imputing the reduction to any one intervention.”

As the penalties have played out, an increasing number of prominent experts are voicing concerns that the punishments are too harsh and doled out unfairly. For one thing, 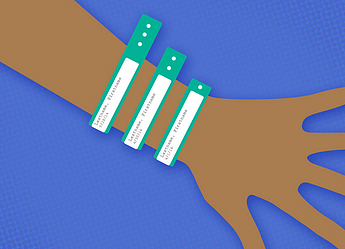 “You have to run as fast as everyone else to just stay even,” Foster said. Only 129 hospitals that were fined last year avoided a fine in this new round, the KHN analysis found.

Medicare officials, however, consider the competition good motivation for hospitals to keep on tackling readmissions and not to become complacent with their improvements.

Another concern about the program is that safety-net hospitals that treat large numbers of low-income patients have been more likely to receive penalties, in part because poor patients face financial and logistical challenges that make them more likely to get sicker after discharge than others, even if the hospital is trying to oversee their recuperations.

Much of the formula that calculates the fines was written into the health law, and Medicare has maintained it cannot unilaterally change it. The Medicare Payment Advisory Commission, which makes recommendations to Congress, has urged that the government compare hospitals to similar ones—academic medical centers to each other, for instance—when assessing penalties. 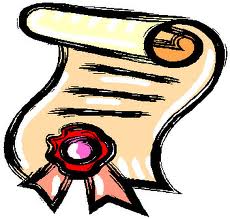 Experts convened by the National Quality Forum, a nonprofit that evaluates measures the government uses, also endorsed the idea of taking socio-economic status into account in creating many different health care metrics. The forum said it will test the approach. Meanwhile, bills are pending in both houses of Congress that would make Medicare consider socio-economic status of a hospital’s patients when calculating fines.

The Obama administration has raised concerns that assuming safety-net hospitals will do poorer in avoiding readmissions might encourage lower expectations for the quality of care for low-income patients. Some experts fear that hospitals with many readmissions are providing substandard care and should not be let off the hook.

“Low [socio-economic status] patients do often—but not always—have worse outcomes, and yet we know they are often exposed to lower quality of care, whether that’s the places that they go or the access to care that have,” said Dr. Susannah May Bernheim, director of quality measurement at the Yale School of Medicine’s Center for Outcomes Research and Evaluation, which created the method Medicare uses to count readmissions. However, she said, “it is important to understand that safety net providers both may be more vulnerable to payment penalties and may in fact need more than average resources to achieve good outcomes for their patients.”

A study published this month in The Joint Commission Journal on Quality and Patient Safety examined eight safety-net hospitals to see how they were handling readmissions. The researchers found that most of the hospitals’ leaders were concerned about the penalties, with one telling interviewers that they expected “the penalty will get bigger and bigger and then other payers [such as private insurance companies] are going to pick up on it.”

The program was popular among nurses and doctors, with one saying “we understand, we know the importance of it,” that “in order to get a response from administration, you have to penalize.”

The researchers, led by Dr. Karen Joynt and other current and former academics at Harvard’s school of public health and the medical school, discovered that one of the eight hospitals was not trying to cut readmissions because its financial stability would be undermined by fewer patients.  “It’s a quagmire,” an anonymous hospital official was quoted in the study as saying. “If you affect the population correctly, you will reduce both readmissions and overall admissions, which is good for the patient but financially bad for the hospital.”

Gina Kaurich, director of client-care services at the Cincinnati-based FirstLight HomeCare, one of many companies offering to help hospitals prevent readmissions, said she has seen hospitals take various approaches in light of the penalties. Some have tried to care for returning patients without readmitting them overnight so Medicare does not count their cases, she said. Others have assigned their own nurses to visit patients at home shortly after discharge to ensure the patients are properly taking care of themselves. Still others hire private companies like hers, which sends nurse assistants to homes.

“Before the penalties and the focus, I believe the hospitals were quite well aware of this, and a readmission almost was something that was expected,” Kaurich said. “It was [considered] part of the disease process.”

Read more about this story’s methodology, view the average impact on each state, and download hospital data as a printable PDF or CSV spreadsheet.

This article was produced by Kaiser Health News with support from The SCAN Foundation. 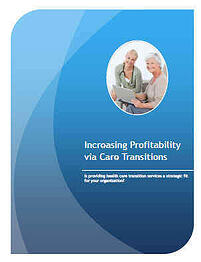 If you're interested in learning more about how your agency can benefit from a Care Transitions initiative, you can download our free White Paper, Increasing Profitability via CareTransitions.

Ankota provides software to improve the delivery of care outside the hospital, focusing on efficiency and care coordination. Ankota's primary focus is on Care Transitions for Readmission avoidance and on management of Private Duty non-medical home care. To learn more, please visit www.ankota.com or contact Ankota.